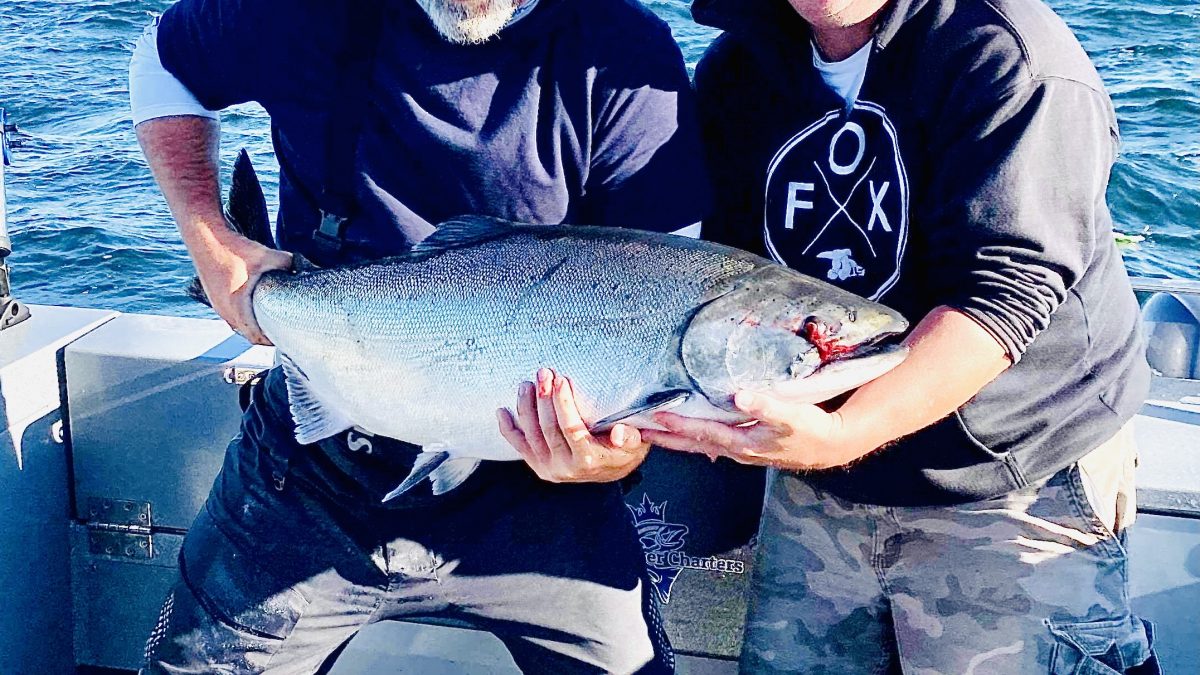 July started off and proved to be my favourite month on the water, mostly due to the “Hicksys” first Tyee caught by angler Tyee Tommy. For the full story check out the Tyee Club blog post.

Every day on the west coast brings different situations and opportunities. My guests and I put in the time and the bounty was there for the taking. We covered vast areas targeting the Columbia river chinook in the first part on July and as they passed through. The second half brought in new schools and we were able to retain salmon in the outer off shore areas. Ling cod  were in abundance, as per usual if your gear was on the bottom they would smash anything that swam by there mouth. Mother nature was not as angry as 2020 and she allowed us to get offshore more frequently to anchor up and get our Halibut. They also increased the quota to 133cm and or 2 under 90cm possession limits which was a nice perf for the fish box. My electric reels were on fire, pulling up those bug slabs from the bottom and into the box is a feeling like no other.

Cop car, white death, kingfisher 3.0 and of course bait were the stars of the month.

Looking forward to a big month of August ahead!