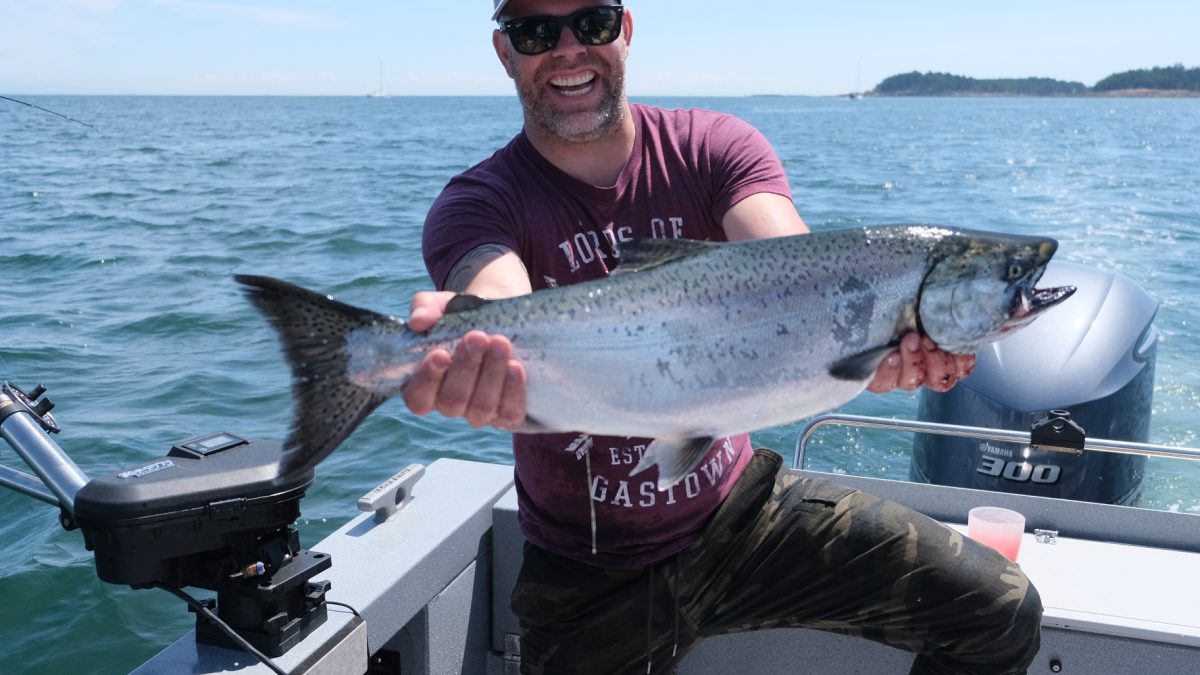 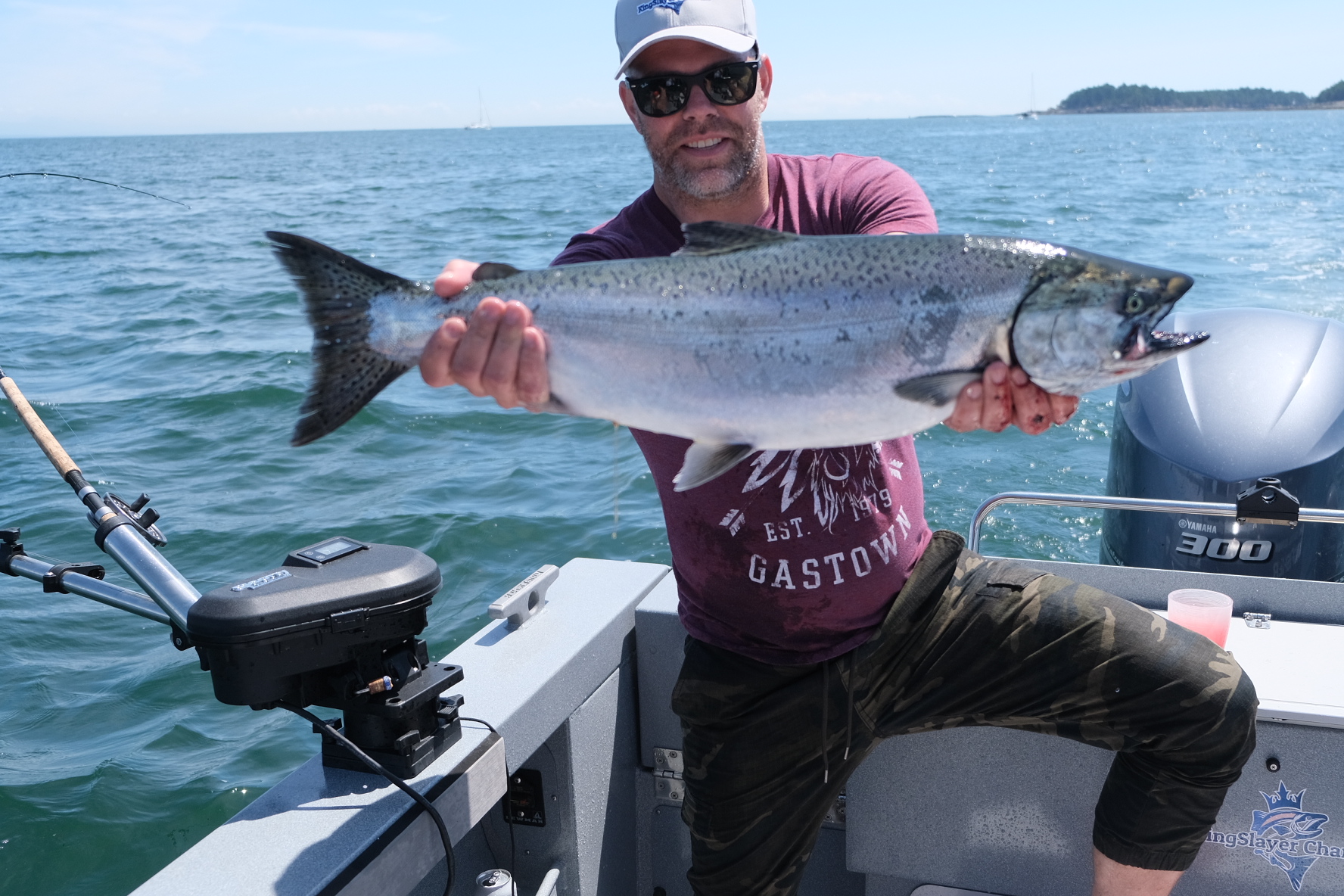 What an amazing June, fishing was spectacular and the “HICKSY” spent every weekend on the water. We fished from Active Pass to Entrance Island, Thrasher Rock and many days around Bowen / Roger Curtis & the Hump. Customers enjoyed multiple double headers and even with the Salmon no retention rules first timers became salty dogs and have the itch to fish again. We were fishing consistently at 148 – 204 with squid seeming to be the bait of choice, didn’t matter what pattern was put down the bite was on. The Chinook averaged 8 – 14lb with a couple line burners in the mix but were few and far between. Bait was starting to show up in deeper water 500+ft routinely at flood tide along Roger Curtis north end, we stayed on it and had lots of fun.

Prawning continued to be above average with our secret spot turning in 70 -100 consistently in a over night soak, even with commercial fisheries taking a lions share “Find the Mud stay on the Mud”

Rock fish, ling cod are taking a beating with the salmon closure and by photos posted on social media it looks like large females are being taken as trophy’s and is quite concerning. DFO supposedly knows what they are doing but I doubt the impact on rockfish was fully examined when the salmon closures were announced. At the end of the day us sport fisherman will follow the rules and enjoy fishing in the best place on earth.

July looks to be another great month and the Salmon are abundant. Kingslayer Charters is heading to Esperanza Inlet for 20 days at the end of July. Stay tuned for the updates and memories created. 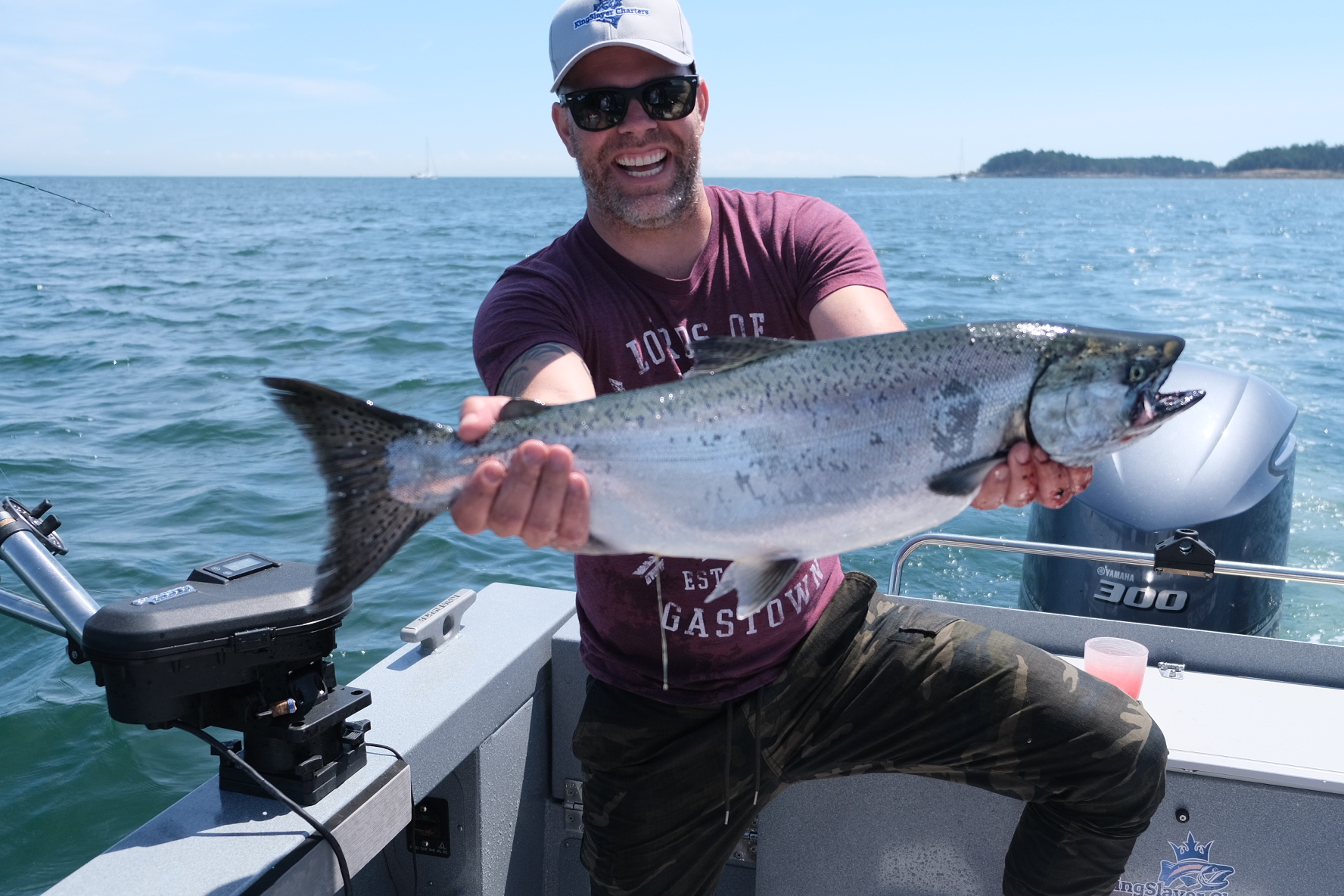 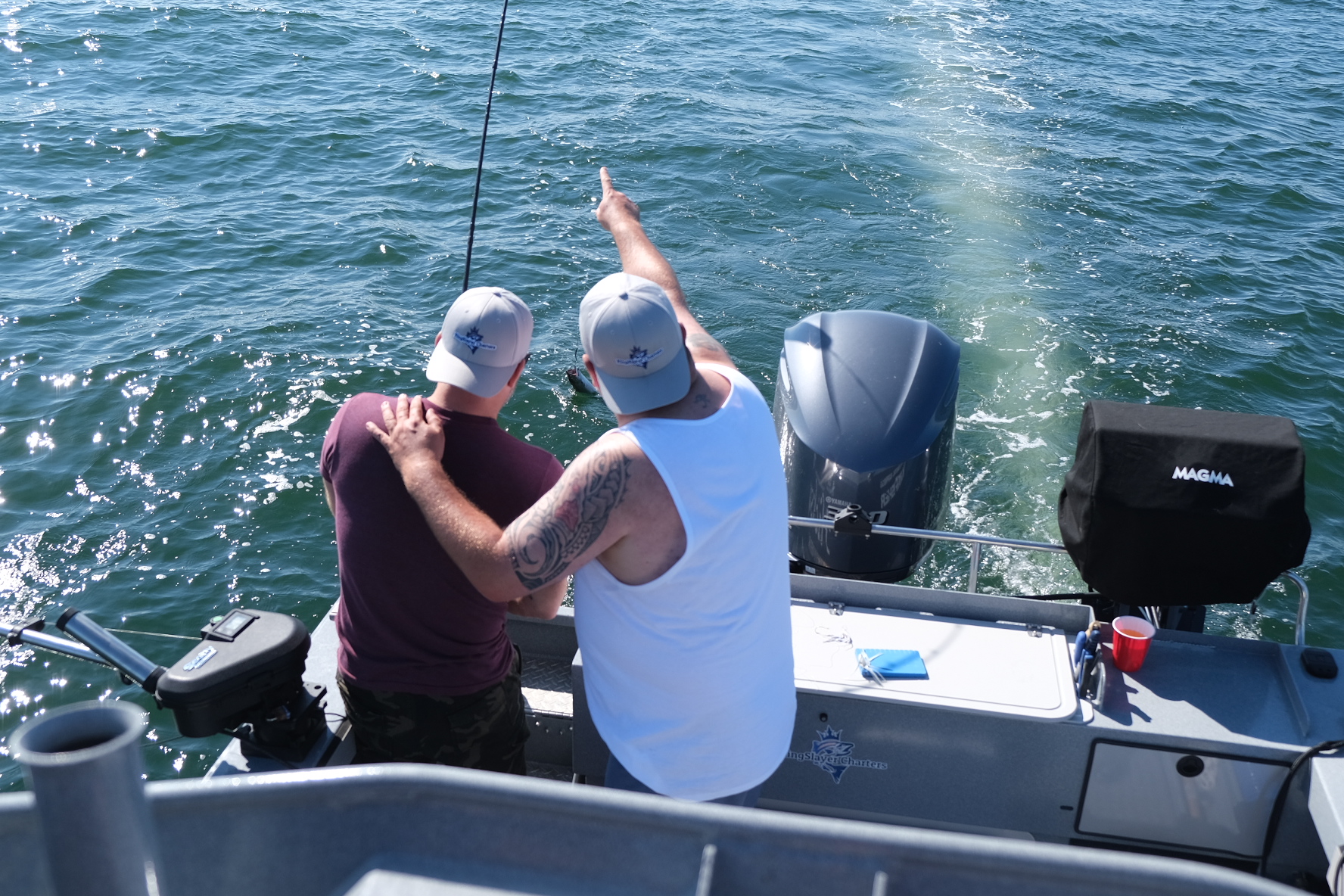